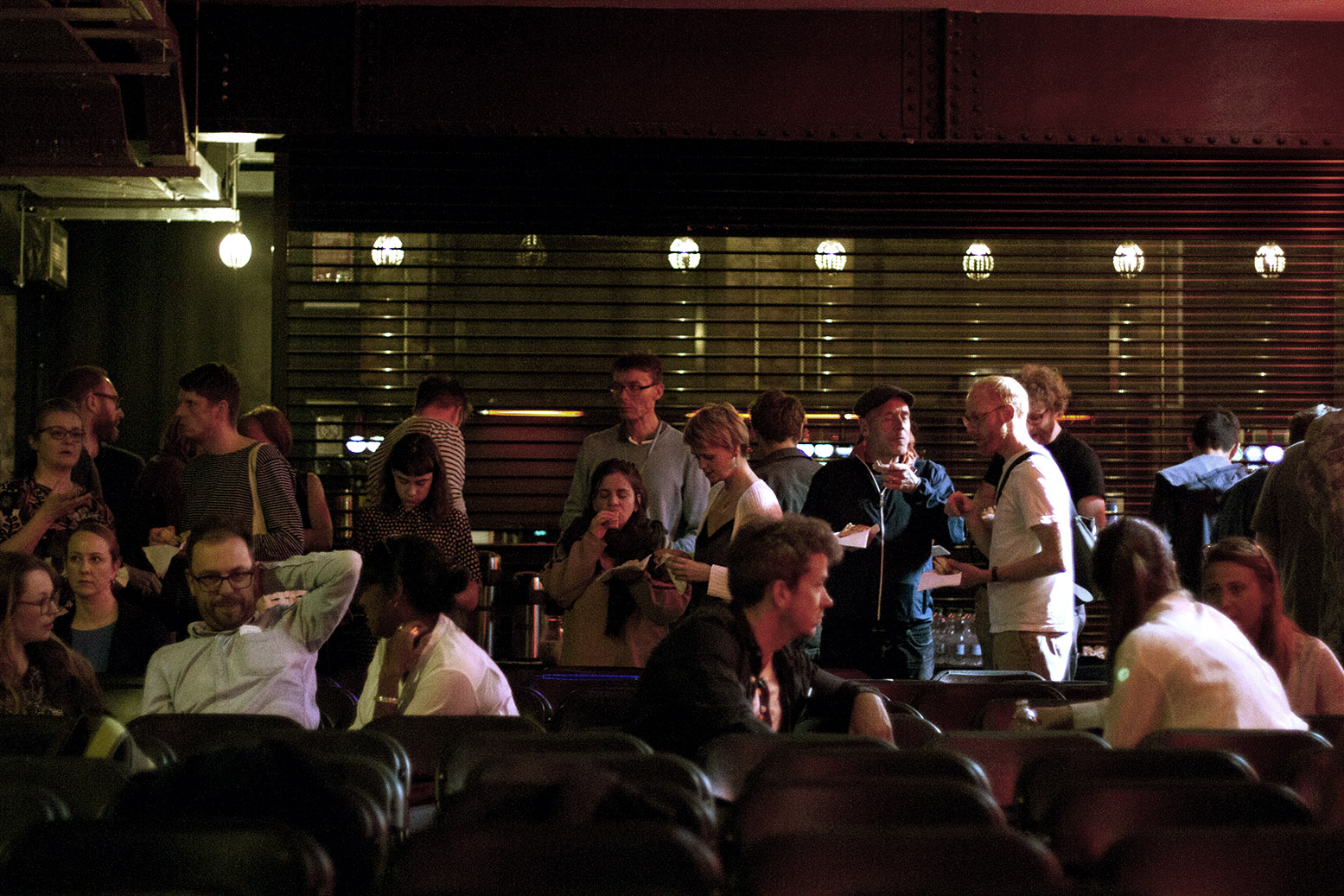 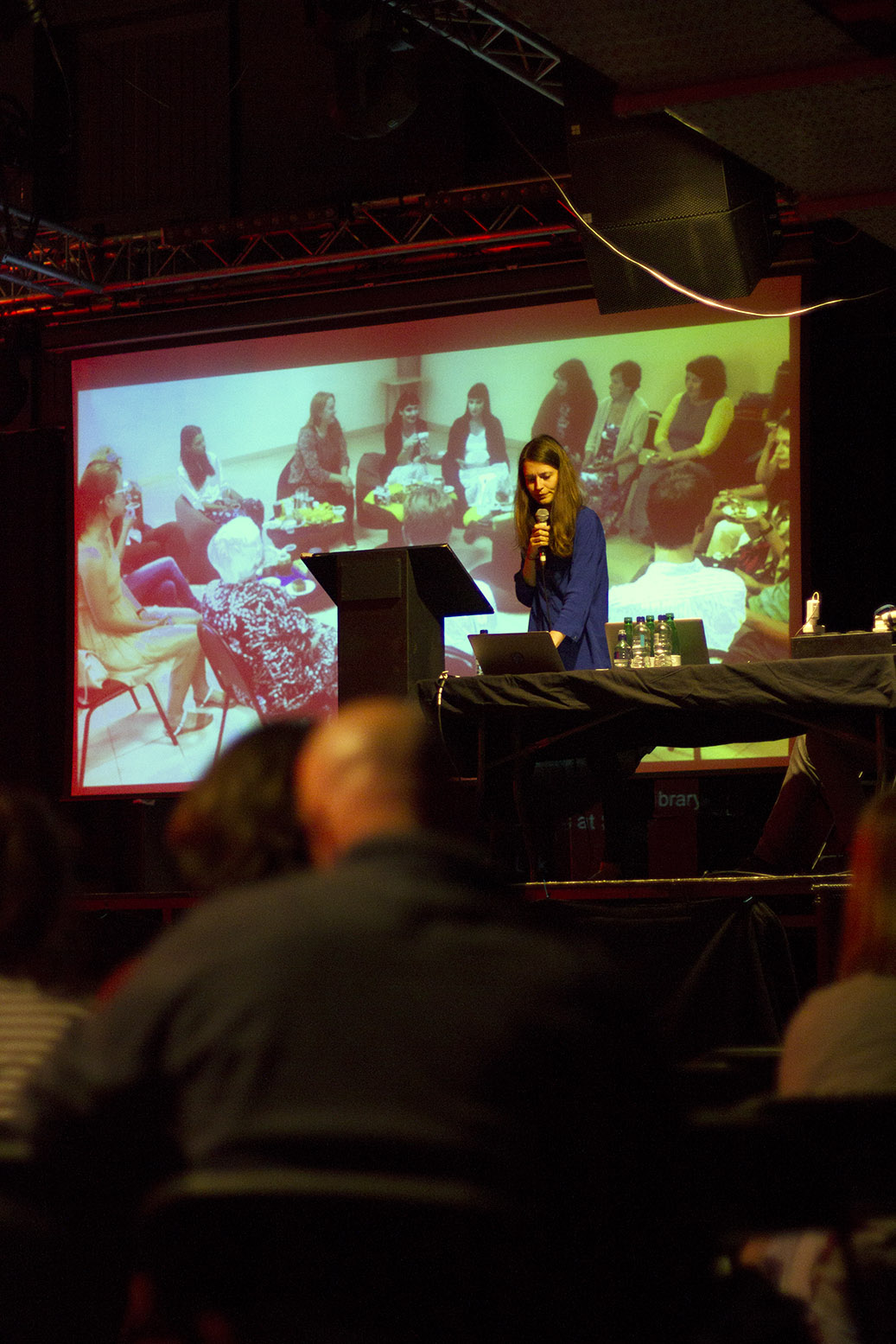 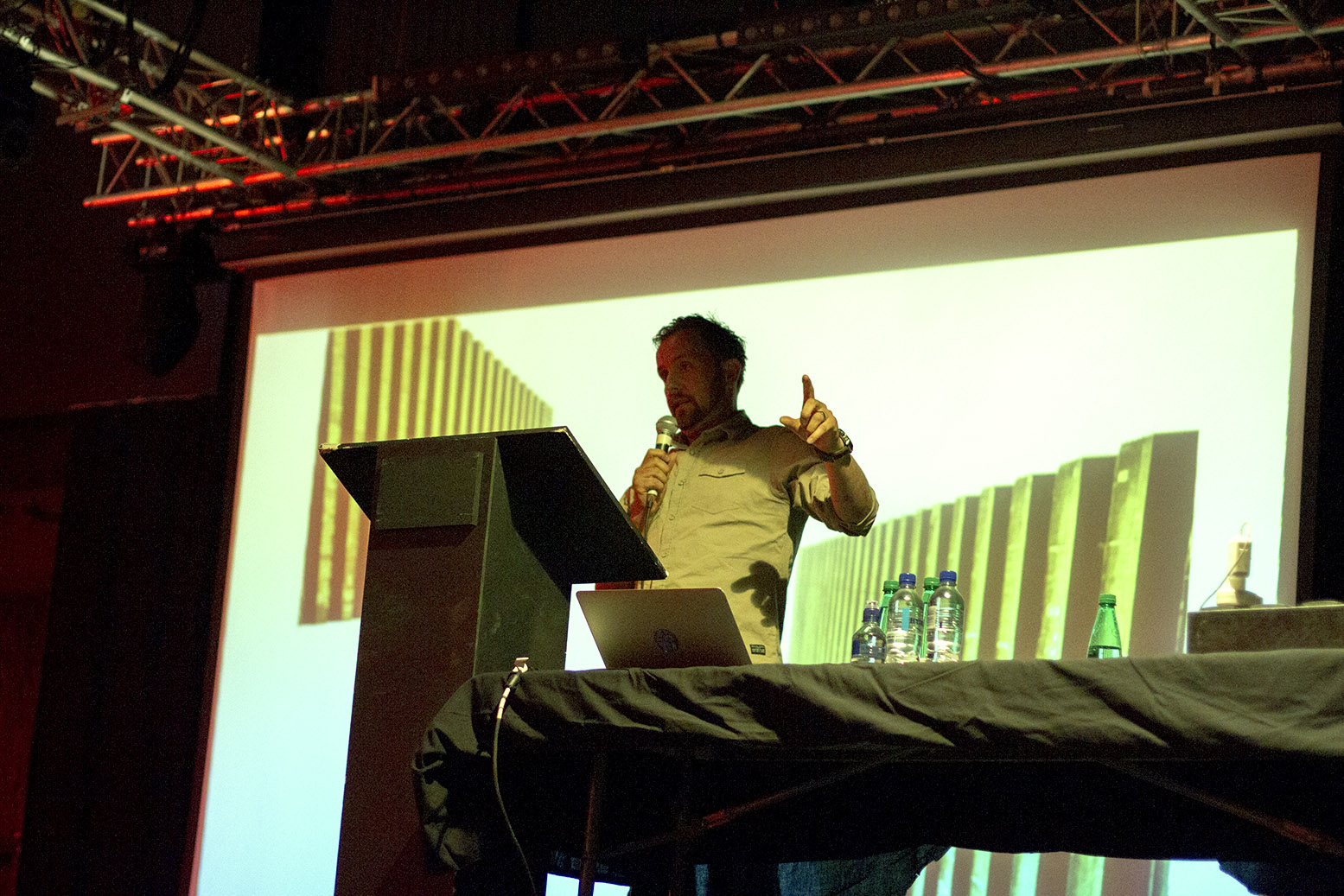 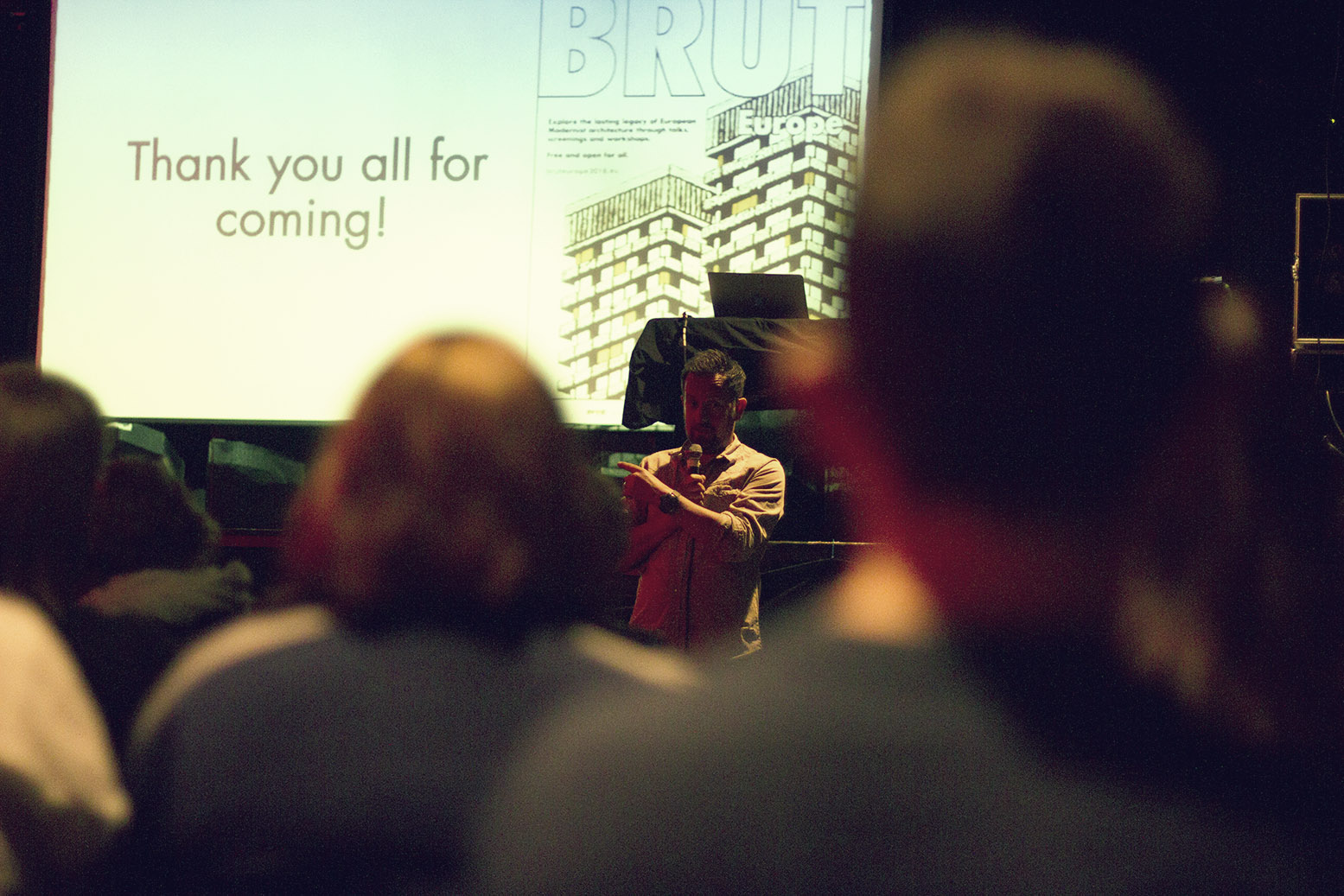 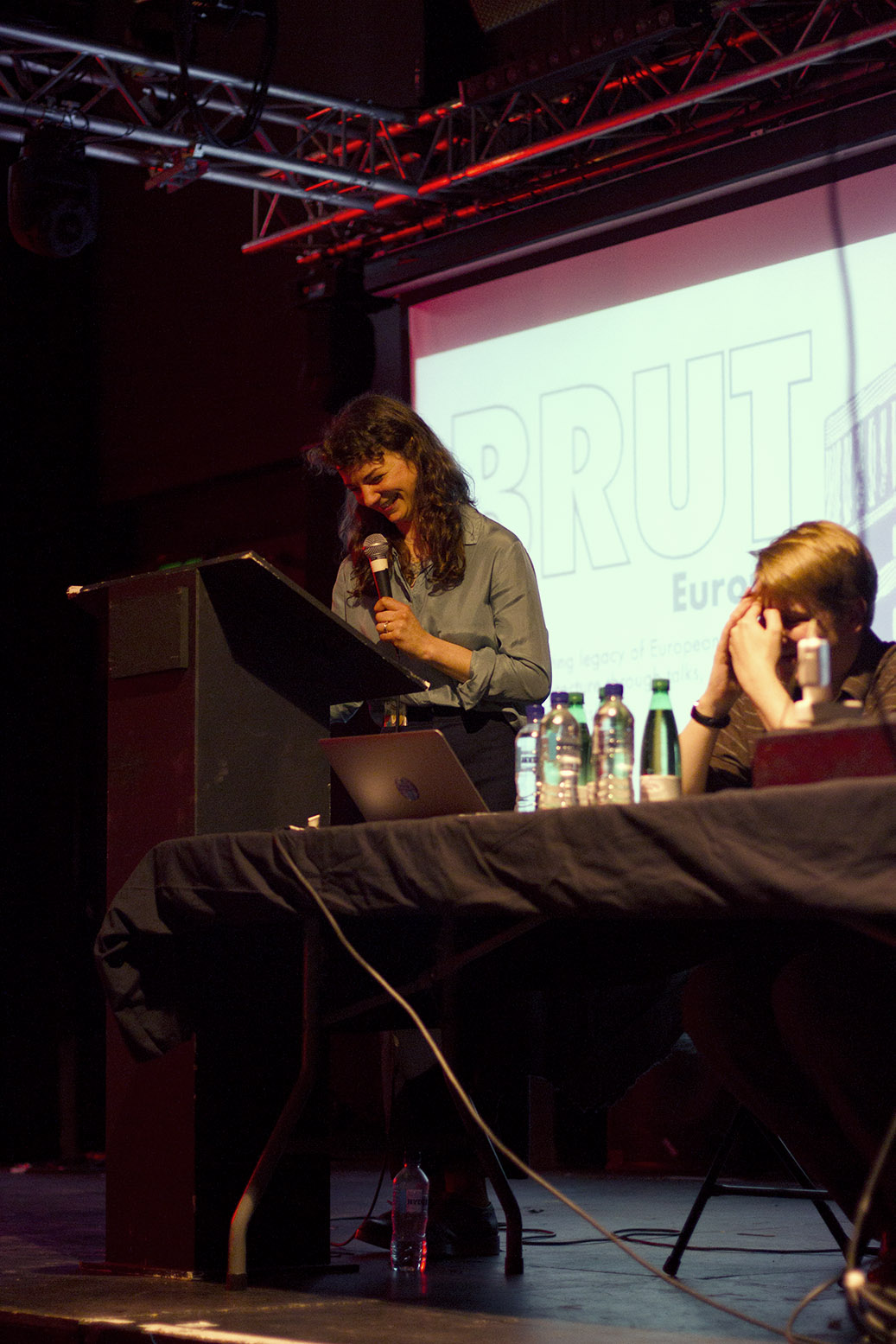 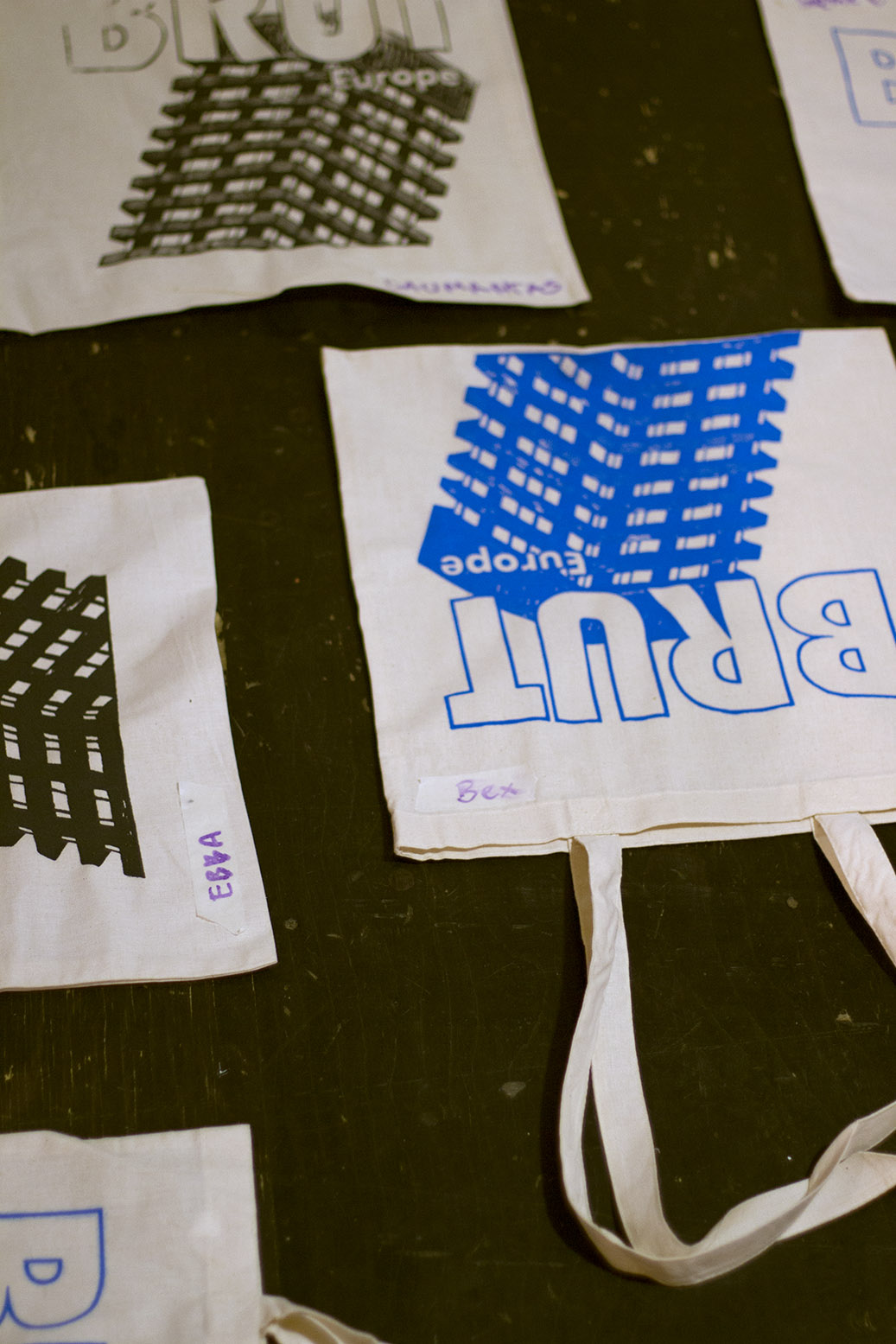 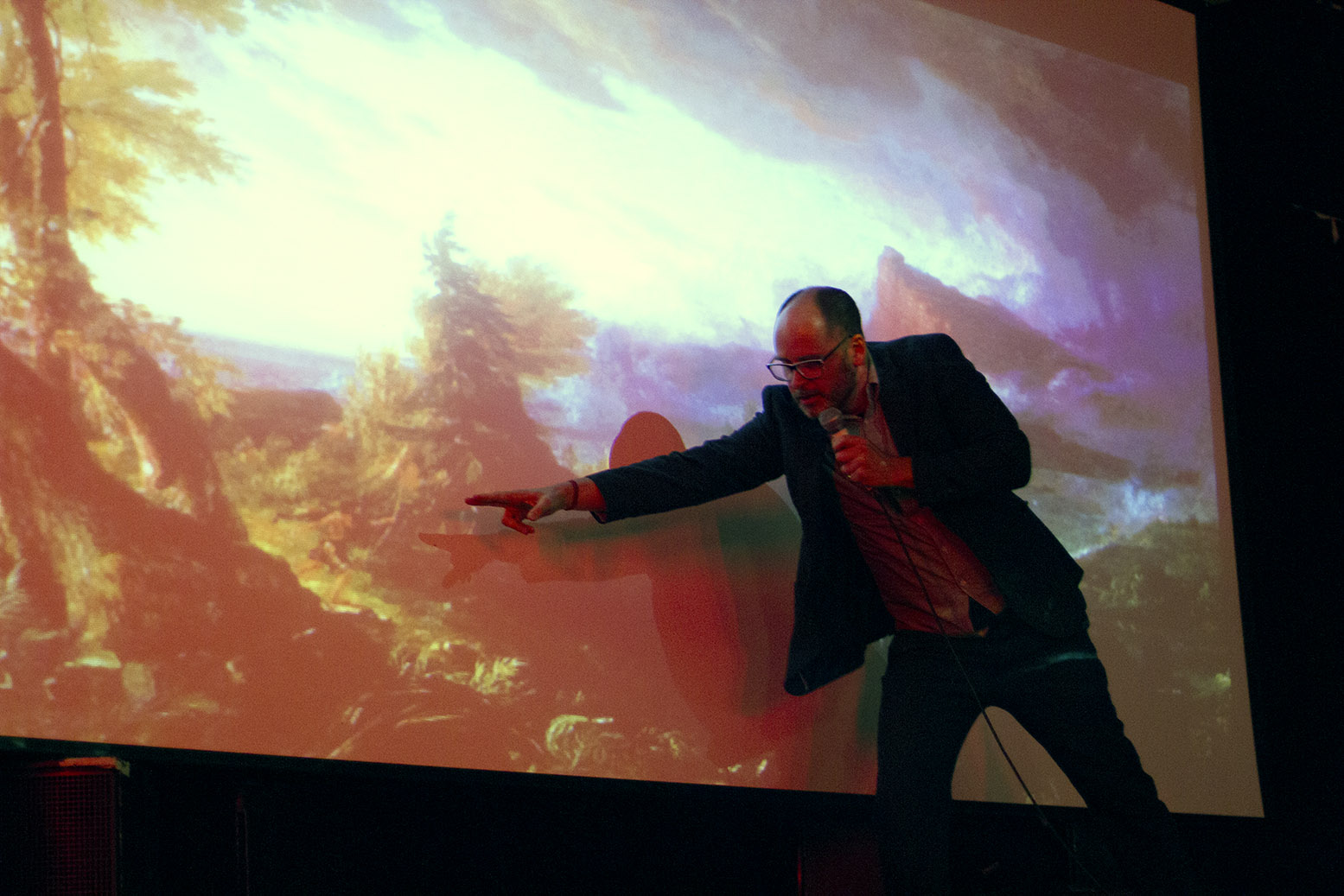 A day of talks and workshops

BRUT Europe was a day-long event on the 7th of May 2018 in Glasgow, UK, hosting a series of lectures given by participants from all over Europe, presenting their practices and highlighting different social and geographical aspects of the phenomenon of Modernist architecture. Throughout the day, participatory screen-printing workshops accompanied the lectures, followed by a small reception and a screening of Chris Leslie’s film Disappearing Glasgow.

The event was linked to BRUT, Marija Nemčenko's exhibition at the Fairfield Heritage Centre in Govan, Glasgow, which delved into the complexities of Modernist architecture, social housing and public spaces as they exist in the UK and Lithuania as primary examples.

Complementary to Nemčenko’s exhibition, the event aimed to explore the manifold representations of Modernist Architecture throughout Europe, with a focus on the complexities of Modernist Architecture, social housing and public spaces. The themes covered by speakers varied from ruins e.g. the iconic St. Peter’s Seminary in Scotland, Modernism, Destruction and Walter Benjamin, social art in former Eastern Bloc countries and the disappearing high-rises of Glasgow.

BRUT Europe was organised by Lithuanian artist Marija Nemčenko, Hungarian curator Anna Tüdős and the Lithuanian Cultural Institute as part of the European Year of Cultural Heritage 2018. It was included in the Glasgow International arts festival 2018 programme.