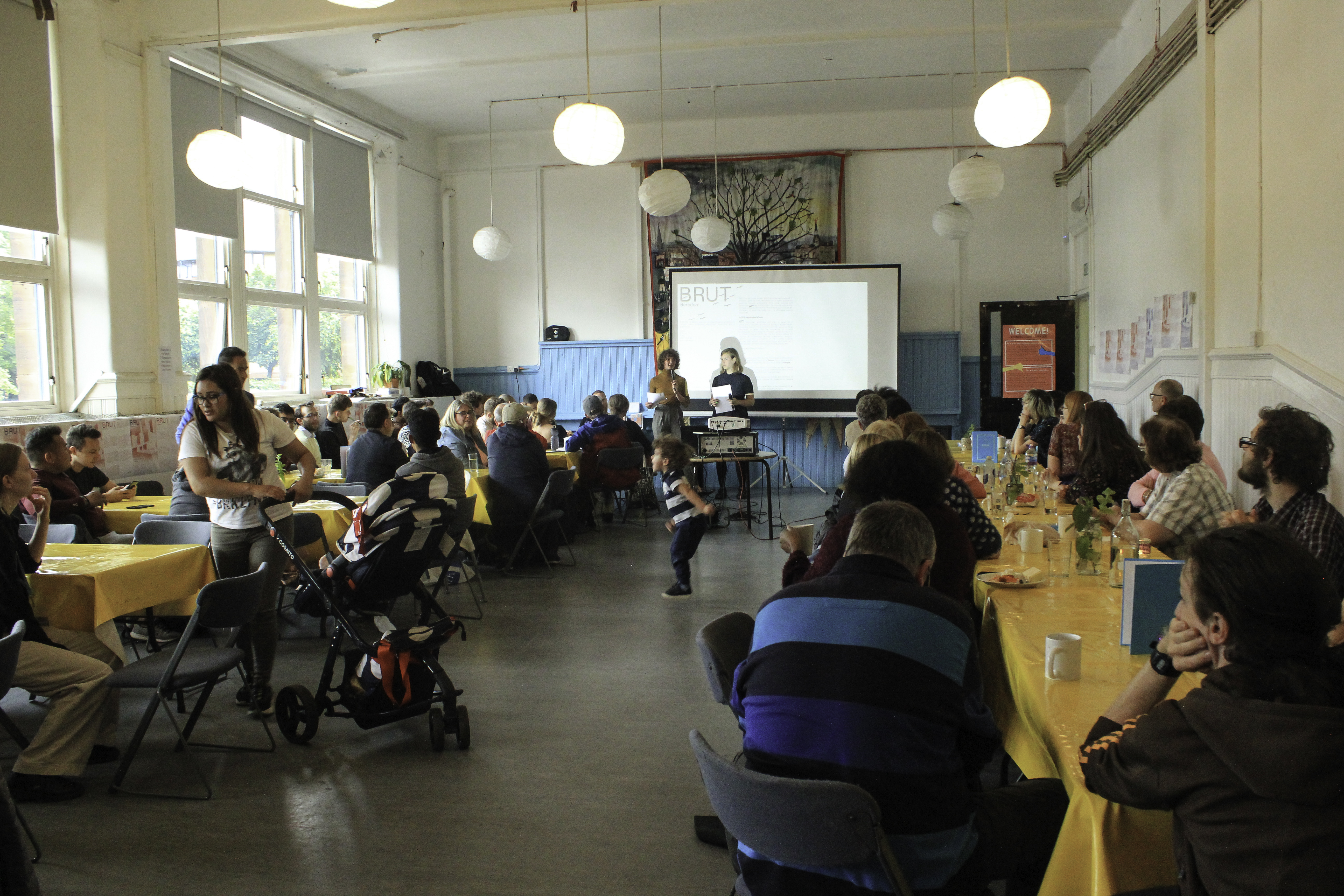 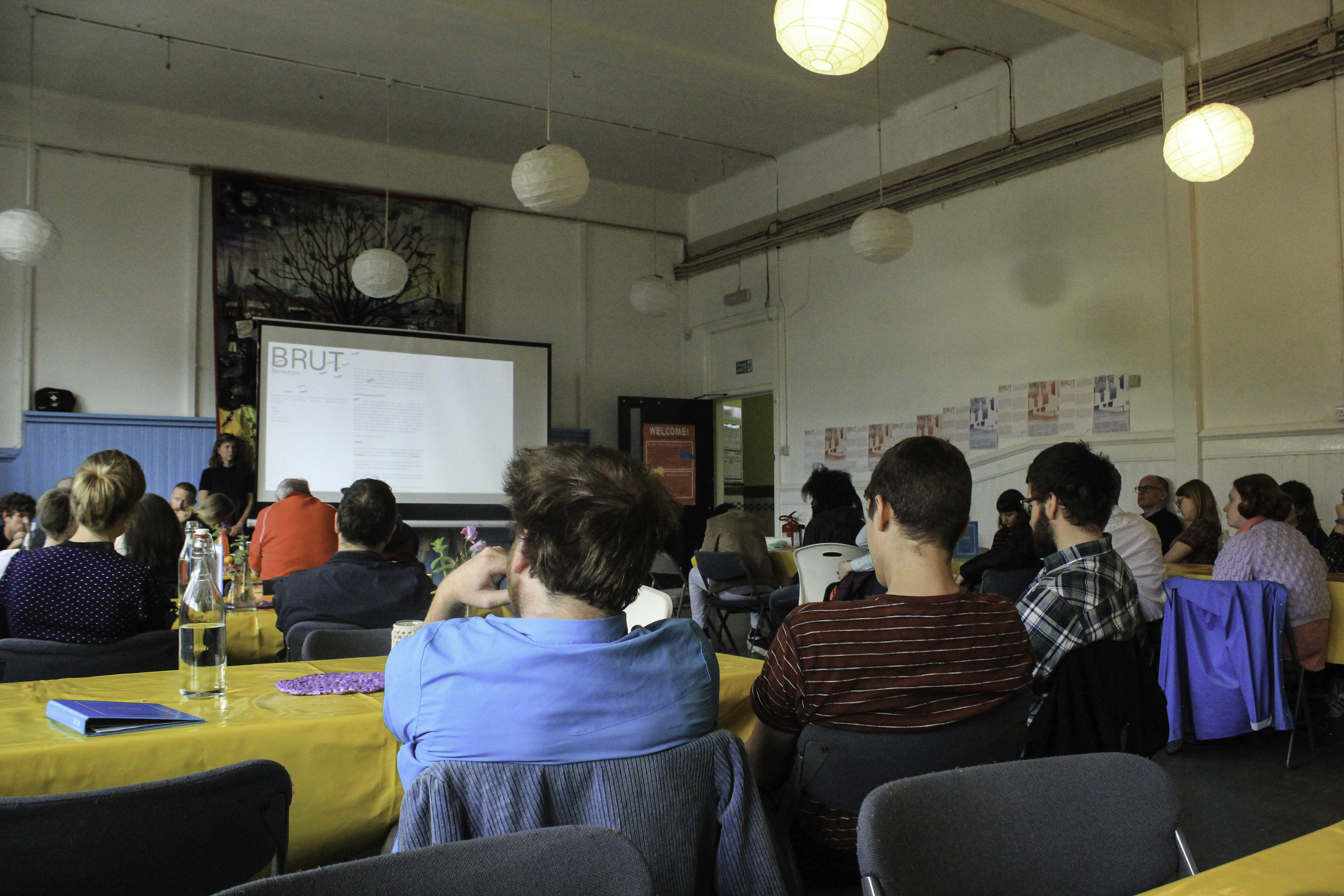 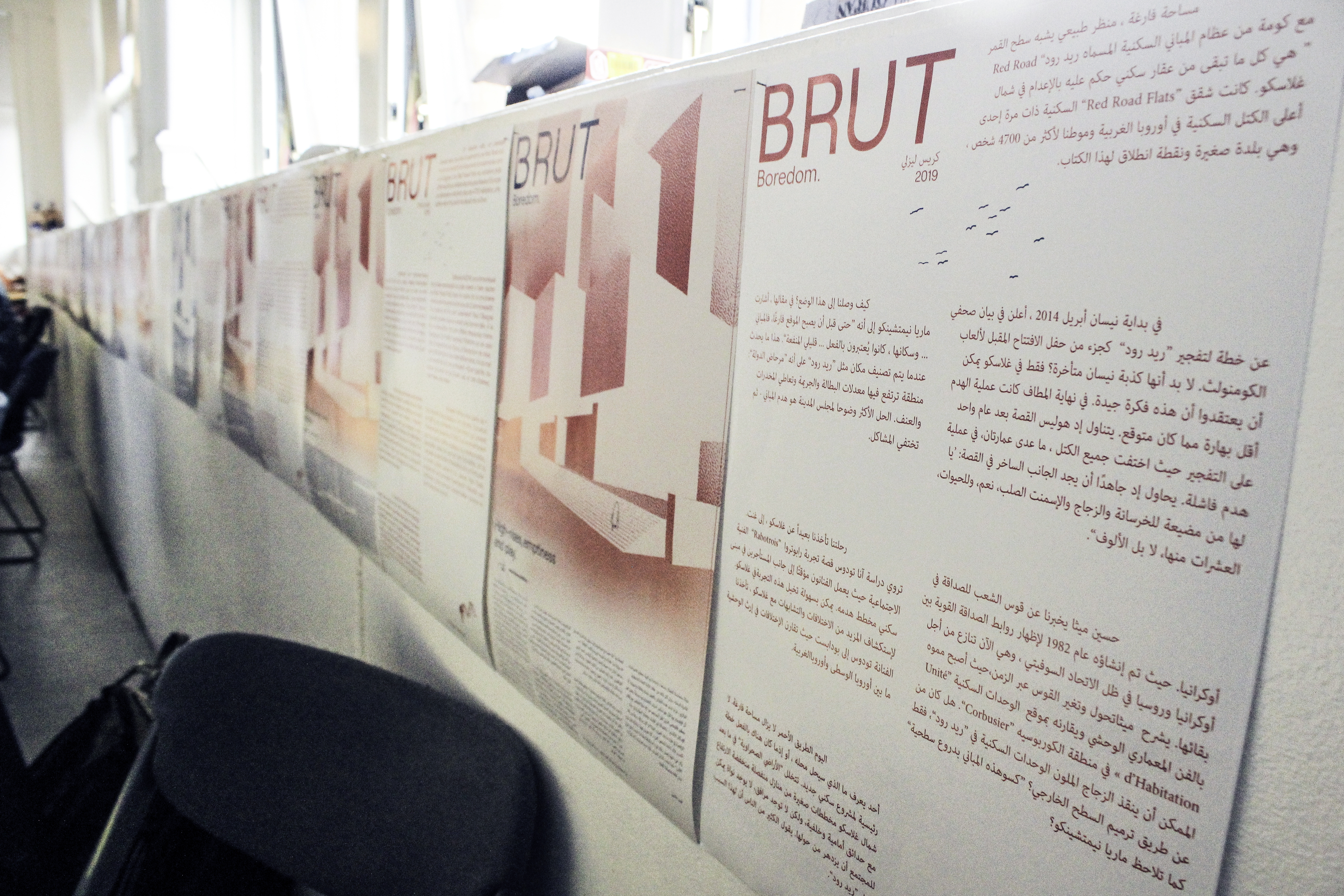 The event presented the new publication titled BRUT Boredom that has high-rise housing and urban space for common use at its core. Now, more than ever, the multi-storey buildings and their complexes are facing deliberate disrepair and rebranding both in the West and in the former Eastern Bloc. This is undeniably resulting in the dismantling of such housing together with the rest of the public sphere, but what can be done?

During this launch event, talks by guest speakers and a film screening provided examples of how a community can stand in the face of austerity. Remembering the ideals that came together with the introduction of common living through the late 20th century’s modernist ideas, the event urged to challenge popular misconceptions about multi-story block housing.

On this occasion, BRUT was accompanied by Living Rent Glasgow, an organisation run for and by tenants, who believe in the collective power to come together to fight for their rights. The event finished with the screening of the documentary ‘Failed By The State: The Struggle in the Shadow of Grenfell’ (2017), co-directed by Daniel Renwick, a community youth worker who has been tirelessly advocating for justice to the Grenfell fire victims.